How I Met Your Mother Wiki

What's on your mind?

There are three songs I've been meaning to find out. Since the comment section is closed for the episode guides- here goes... The song which plays when Barney takes Sarah to the moving truck in S2E18- Moving Day. And the songs which play when Lily is "setting the mood" and "while we're doing it" after lighting the candles in S6E1- Big Days. Shazam is useless (I've tried), Anybody who knows the answer, I'm begging you, please tell me!!!!

I am one of the original admins of the HIMYM from back when the show was airing. I have moved on from this wiki.

With How I Met Your Father premiering, there is likely to be more than usual activity here so if you are interesting in becoming an admin here, let me know in the comments below.

One thing i never understood was how they introduced early plot elements/people (blue french horn, umbrella, tracy's boyfriend, st patricks day, etc.) in very early seasons and had them play such important roles in late seasons? i mean, did they write the all the seasons in one sitting??

Also, was there a fall back ending if the show unexpectedly got canceled after, say, season six? or would it have just stopped vs ended?

Hi! I'm Incredible fan girl and I'm new here! I just discovered that there is a wiki for this amazing show and I can't wait to meet you all! I hope that we can be friends!

Likely scenario here is Marshall probably used the Army to pay for College, and was kicked out do to marijuana usage. 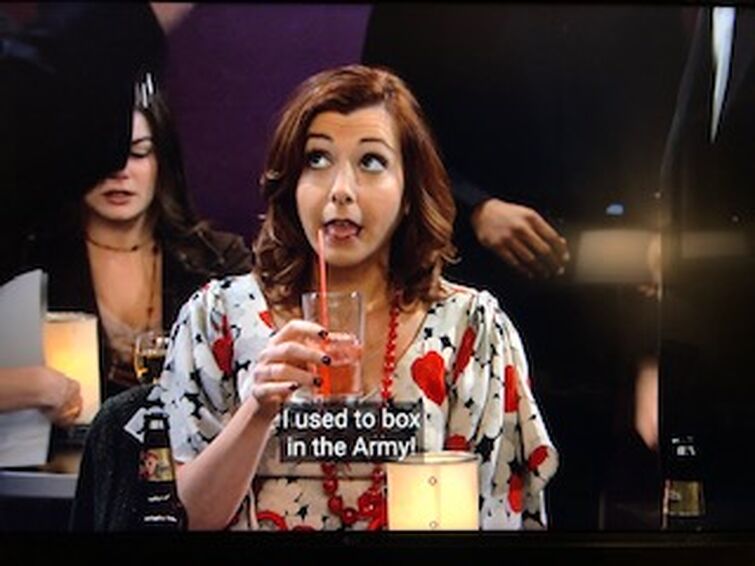 (edited by Jjstone78)
Yes
No

Hey y'all, have you noticed that the quotes are looking a little funky on some of the pages? You can see the HTML codes for the quotes on some pages, what happened here?

Help us grow How I Met Your Mother Wiki