How I Met Your Mother Wiki
Register
Don't have an account?
Sign In
Advertisement
in: Characters, Who is the Mother?, The gang's families,
and 2 more
English

View source
watch 01:23
Wiki Targeted (Entertainment)
Do you like this video?
Play Sound

Penny and Luke Mosby are the children of Ted Mosby and Tracy McConnell.

The premise for How I Met Your Mother is that Future Ted is telling his two children the story of how he met their mother, revealing more of the story in each episode. The son and daughter appear to be in their early to mid-teens in the year 2030, which is when Ted sits the kids down to tell them the story.

Their names remained unknown throughout most of the series, however it has been shown Ted wanted to name them Luke and Leia, after the two Star Wars characters. (Milk and Landmarks) Their names were revealed in the episode Unpause. Penny is played by Lyndsy Fonseca, and Luke is played by David Henrie.

Throughout the episodes, the kids are wearing the same clothes and sitting on the same sofa, except on the pilot episode, suggesting that perhaps Future Ted's story is not taking that long to tell. As many television productions do not know if their show will be picked up by the network upon filming the pilot (pilot episodes are the decider), things like costuming and sets often change from filming pilot episode to filming the rest of the series, as there is usually a gap of 6-12 months between when a pilot is shot and when primary filming of a season begins. Many of their reaction scenes are the same scene repeated.

They have little dialogue throughout the series, most likely because of the aging of actors Lyndsy Fonseca and David Henrie.

In Lobster Crawl, it is shown that Marshall and Lily took Penny to see Santa Claus, as payback for Ted taking Marvin to see Santa for the first time.

In Unpause, in 2017, Ted, Tracy and Penny are on a vacation in Farhampton, staying in the Farhampton Inn, when the Mother goes into labor with Luke. They leave for the hospital after 2 AM.

In Rally, they are seen in a flash-forward to 2022, running into their parents' bedroom.

In Last Forever - Part Two, Ted finally finishes telling the kids the story of how he met their mother. Penny figures out that the reason Ted told them that story was so they could understand how much Ted also loved their Aunt Robin. Both Penny and Luke give him their blessing and encourage Ted to ask Robin out again 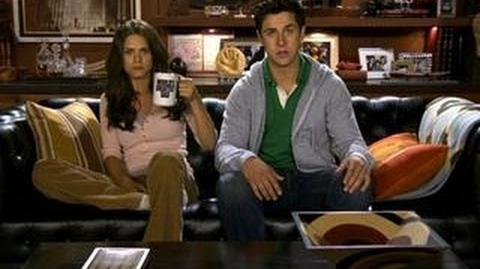